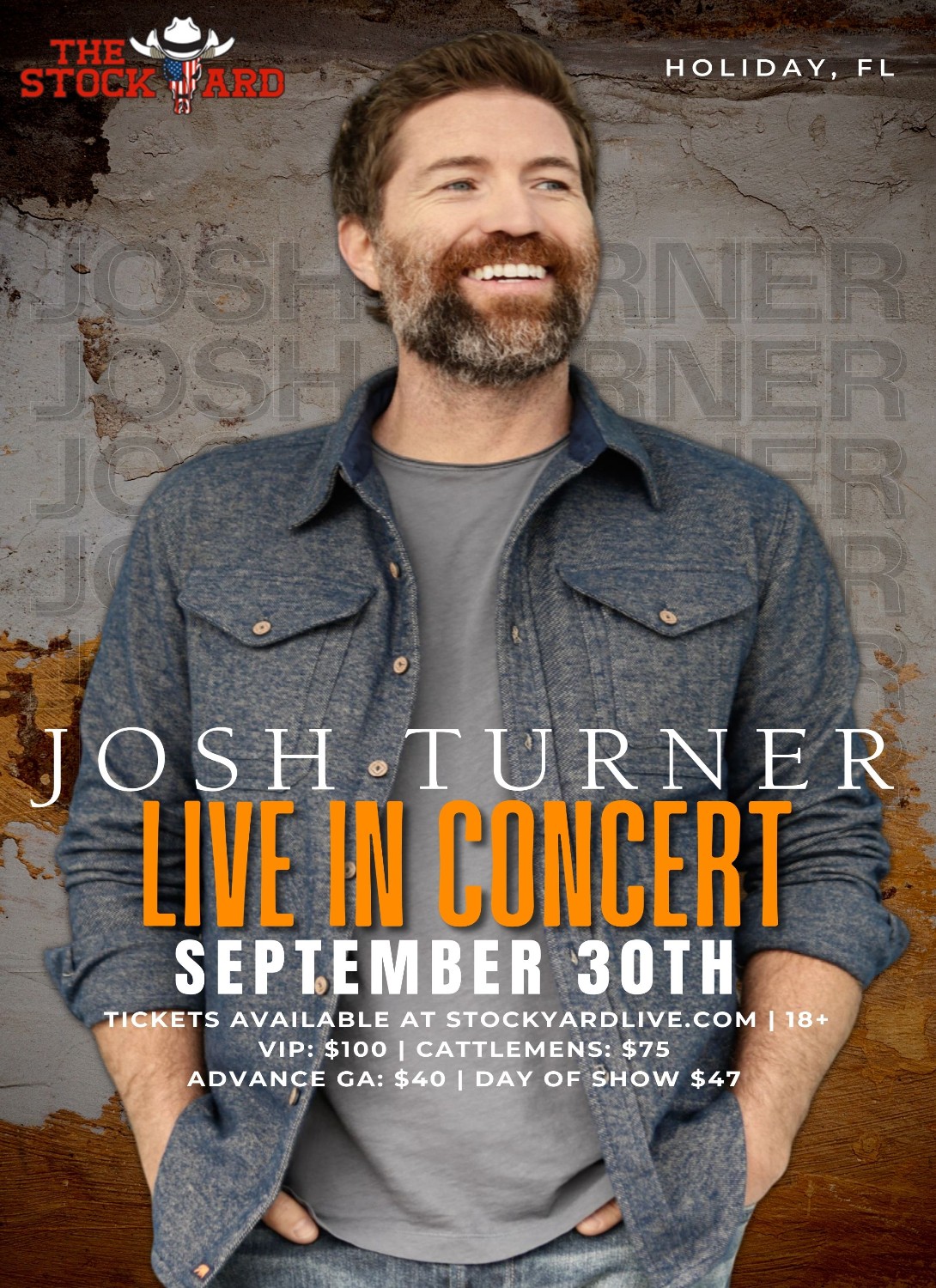 General Admission Day Of Show $47 Online Or At The Door

Offers you expedited entry- with first to enter when doors open at 7PM or no wait anytime you arrive. Our VIP Lounge is located side stage with tables & chairs seating for you to enjoy before, during, and after the concert.  No assigned seating.  Choose your seating when you arrive- first come first serve basis.  Enjoy a Buffet before the concert, a private bathroom, VIP hostess & private bar for VIP Guests Only! Watch the concert side stage, on TVs, or work your way around the venue to see the show… Your night, Your choice! Limited Quantities.

** VIP GUESTS ONLY Please use the VIP Line to Enter.

Enjoy the evening, before and during the concert, in The Cattleman’s Lounge. The open lounge has tables & chairs that are on a first come first serve basis. Seats are not assigned.  Includes a buffet of finger foods before the concert, and a private bar exclusively for our Cattlemen Lounge Guests.  The lounge is located on the far side of the venue, opposite the stage. You can watch the concert from a distance from the lounge,  on our large flat screens or gather at the front of the stage…Your night, Your choice.  Limited Quantities

General Admission gets you in the venue to enjoy the concert. The floor area is standing room only with bar stools around the Venue, first come, first serve.

The stage is easily seen from any area in The Stockyard.

Every Ticket will give you a great place to see your favorite Artist!

MCA Nashville recording artist Josh Turner, while a multi-platinum-selling star himself, is a
country music fan first and foremost. He’s even concocted his own version of Mount Rushmore
conceived solely of country music legends. Turner’s “Mount Rushmore of Country Music”
boasts five faces rather than four (it’s his mountain, after all) — Randy Travis, John Anderson,
Johnny Cash, Vern Gosdin, and Hank Williams.
The giants carved into the granite of Turner’s musical soul form the core of his aptly titled new
album, Country State of Mind. “I’ve always said that any song you hear coming from my voice,
you’re going to hear bits and pieces of those five guys,” he says. “They taught me how to be Josh
Turner.”
The dozen songs on Country State of Mind, including songs from those five legends among
others, span more than half a century of classic country music, encompassing both well-known
standards and deep-catalog cuts. The album shows a singer in dialogue with the songs and the
artists that shaped his vision. It’s a conversation — relayed in the distinctive, resonant baritone
that brought Turner #1 hits and five gold and platinum albums — between the past and present of
country music. And on half the tracks, Turner invites other voices — some heroes, some
contemporaries — to join him in the conversation.
“I knew the artists I wanted to represent,” explains Turner, “and I chose songs that exemplified
who each of these artists was from my perspective.” The result is a multifaceted album that
reflects a distinctive mix of popular and personally meaningful songs. “Forever and Ever, Amen”
marks Randy Travis’ first recording session since an incapacitating 2013 stroke. John Anderson,
who has written and recorded with Turner in the past, joins him to reprise Anderson’s 1993 hit
“I’ve Got It Made.” Early in his career, Turner often performed Vern Gosdin’s first chart-topping
single, “I Can Tell By the Way You Dance (You’re Gonna Love Me Tonight),” and has long
dreamed of re-introducing it to a new generation of listeners. Turner plays guitar for the first
time on one of his albums on his renditions of Johnny Cash’s “The Caretaker” and Hank
Williams’ “Alone and Forsaken” — the album’s oldest, and darkest, songs.
“When I was growing up, before I moved to Nashville, I was crazy about sad songs,” he says.
“There has always been a part of my heart that has loved those sad, lonesome, and slow songs.”
Turner chose his guests as carefully as he did his material, selecting artists who shared his love
and respect for the material. “I wanted artists I knew have an appreciation for traditional country
music,” he says. Besides heroes Travis and Anderson, Turner invited Country Music Hall of
Famer Kris Kristofferson to record a new version of his 1973 chart-topper “Why Me” with him.
The title track, originally a 1986 hit for Hank Williams Jr., becomes a duet with fellow Grand
Ole Opry member Chris Janson. The members of Runaway June take George Jones’ part on
“You Don’t Seem to Miss Me,” and Maddie & Tae sing with Turner on “Desperately,” a 2004
single for George Strait and the album’s newest song.

Want to see the next live band at The Stockyard?

You can buy tickets here for any upcoming event.